For Catholic Priests: How to Grow Your Parish

It’s December of 2020, and this year I want to give a Christmas gift to any Catholic priest out there willing to receive it. It consists of some basic bullet points that, if implemented, should revive your parish in the face of creeping Secularization in our culture, and growing Evangelical sects that constantly pilfer our parishioners away from us. You might be wondering how I know what will work. To answer that, let me give you my credentials.

I am a former Evangelical associate pastor for Calvary Chapel, an anti-Catholic, Evangelical affiliation that is primarily based in the United States. Calvary Chapels usually consist of a large number of ex-Catholics (many of them now pastors) who preach a form of Biblical Fundamentalism coupled with contemporary worship style. Catholics who leave the Church, for Calvary Chapel, often report that the reason why they left the Catholic Church was because they felt like they never learned anything there. (That’s important. Note that.) This affiliation is highly effective at getting Catholics to leave the Church, but they’re not alone. Many other Evangelical affiliations offer a similar package and are equally effective at getting Catholics to leave the Church. So the Christmas gift I’m going to give you this year is the secret to their success, and how you can turn the tables on them. You may want to take notes, or actually print out this essay. For that matter, you may want to share this information with your fellow priests.

The secret to Evangelical success is really not very secretive at all. Here’s what Calvary Chapel offers that is so successful, and they have one of the most simple methods out there. They don’t offer fancy services, with fog machines, strobe lights and laser beams. They don’t offer charismatic homilies with a pastor waving his Bible in the air while he screams into a microphone. They don’t have wild and crazy services where people are falling over with “signs and wonders.” No. Their package is simple, but it’s so effective at pulling Catholics out of the Church, their congregations are filled with ex-Catholics, or as they sometimes call themselves “recovering Catholics.” Are you ready for their secret? Here it is…

What I described above is the Calvary Chapel method, which is highly effective. Other Evangelical churches might add things to that. Some of them have more elaborate worship styles. Others have more charismatic and dynamic speakers. The reason why I point out the Calvary Chapel method is because it’s fairly “low-key” and not very flashy, but it works. And man it works well! You can expect the average Catholic to leave the Catholic Church entirely, and join a Calvary Chapel, never to return again, within three to six months of first attending a service there.

Applying the Secret to Your Parish

There is a common mistake that many Catholic priests make when they think they’ve learned the Evangelical secret. They try to duplicate it in their parish. They tear out the altar rails. They bring in the drums and electric guitars. They play Evangelical worship music. They try to be cool, hip and “with it.” And they’ve been doing this since the 1970s. It’s a terrible mistake. It doesn’t work, and it needs to stop. I’m going to now reveal how you can apply the secrets of Evangelicalism without trying to duplicate them. There’s a Catholic way to go about these things, and then there’s a Protestant way to go about these things. The Evangelical way is the Protestant way. Don’t do that. It won’t work. Not only will your parish continue to hemorrhage members, but you’ll end up looking rather silly while it’s happening.

Consider this my Christmas gift, and take it for whatever it’s worth to you. Remember what I said above about ex-Catholics at Calvary Chapel saying they felt like they never learned anything in the Catholic Church? As you can see by my recommendations above, the whole thing centers around teaching. Even the liturgy and music is a form of teaching. If you want to stop the hemorrhaging of members, and turn the tables, even drawing in new members, this is the best way. It works. It’s proven. And you can do it. You don’t need a Latin Mass, even though there is nothing wrong with that if you desire it. All you need is the will and the discipline to make the changes using a regular Mass. Approach your parish council with the vision, get your leadership team on board. Be cheerful, uplifting and filled with hope. In other words, be a LEADER! Implement something akin to what I wrote above, and watch the new parishioners start to slowly come back. Watch your parish come back to life again. Then maybe start a new building fund. You might need to get a bigger church!

Shane is an Evangelical convert to the Catholic Church through Anglicanism and was trained as a catechist through the University of Dayton - a Catholic Marianist Institution. Shane is the author of "Are Catholics Christian?" (RegnumDeiPress.Com), and his articles have been featured on LifeSiteNews, ChurchMilitant, The Remnant Newspaper, Forward in Christ, and Catholic Online. You can read Shane’s blog entries at Complete-Christianity.Com. View all posts by Shane Schaetzel

I'm a practicing Catholic, who believes that God should be worshiped in reverence and orthodoxy. You can find a Reverent Catholic Mass here.

Hear this Blog on Podcasts 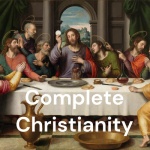 Get this Blog on Podcast

I do not use FACEBOOK or TWITTER. This is due to political and religious censorship, along with privacy concerns. You can find me on the following alternative social media platforms instead, which support user privacy and free speech…

Our Lady of Walsingham