On Thursday, October 24, 2019, a disinformation and slander campaign was launched by what appears to be the Vatican Department of Telecommunications against

Dr. Taylor Marshall, a conservative Catholic author and YouTube talk-show host. Presumably, based on the form of the attack, the reason was Dr. Marshall’s traditional Catholic views. It appears that somebody in the Vatican Department of Telecommunications is really upset with him, and this is likely to be a precursor of future strategies some within the Vatican may deploy against opponents to the unorthodox changes Leftist clergy are trying to force upon the Catholic faith.

The following is a summary of this disinformation and slander campaign as it currently exists today. The following changes were made to Dr. Taylor Marshall’s Wikipedia page…

Apparently, unbeknownst to the person who made those changes, Wikipedia keeps a public record of all the IP addresses from the computers where those changes came from. This is their attempt to keep people honest, but sometimes it doesn’t work. Either way, the IP address is made public and shared with everyone. An IP (Internet Protocol) address is just like a physical street address. It reveals the exact location of every computer connected to the Internet. These addresses are public domain. You can’t easily hide them. That’s why it’s true what they say: nothing is private on the Internet. The IP address of the computer that was used to make the changes to Taylor Marshall’s Wikipedia page is found in the Vatican Department of Telecommunications, within the Vatican City State, currently managed by Bishop Fernando Vérgez Alzaga.

Now that doesn’t mean that Bishop Alzaga did it himself, but he is responsible for the computer it was done on. While Bishop Alzaga will likely disavow all knowledge of the event (maybe he’ll claim the Vatican was hacked?), if he says anything at all, that’s going to be a very hard sell for conservative and traditional Catholics to believe, especially since we have increasingly come under attack by Leftists within the Vatican and in liberal (arch)dioceses throughout the Western world. There is a repeating pattern here.

This act of slander and calumny, not to mention pettiness, is likely a foretaste of what some Leftists in the Vatican, and in various (arch)dioceses across the Western world, are planning for all conservative Catholics in the near future. We’ve seen this play out on a miniature scale with the calumnious treatment of the SSPX, being described as “schismatic” and “anti-Semitic,” of which they are neither. Even Pope Francis has said “they are Catholic.” We’ve seen this in the calumnious treatment of ChurchMilitant.Com, LifeSiteNews.Com, and reporters like Edward Pentin of the National Catholic Register. We’ve witnessed good bishops forced to resign over Leftist media smear campaigns. All of this, over the last two decades, may just be child’s play compared to what’s coming. If edits to Dr. Marhsall’s Wikipedia page are any indications of what to expect, they mean business this time, and they may be supported from people at the very top of the Vatican’s chain of command.

All of this means one thing. It means the time for infighting among traditional and conservative Catholics is over. And I mean it is truly OVER! As Benjamin Franklin said at the signing of the Declaration of Independence: “We must, indeed, all hang together or, most assuredly, we shall all hang separately.” In his time, he meant it quite literally. In our time, the saying is metaphorical, but nevertheless, just as serious. It would appear the some Leftists in the Vatican are preparing to crucify us in the mainstream press, and they’re showing no mercy (or charity) in their attacks. This is real. They mean business. They intend to destroy us, not just in the Church, but our reputations as well — our community reputations and even our very livelihoods. What’s a potential employer supposed to think when he reads something like this about you on the Internet? Especially when it comes from a source like Wikipedia? Secular news outlets will use this kind of information to formulate public profiles of individuals they report on. Social Media will use this information in deciding who gets censored or banned from their platforms. Yes, there appears to be some high-ranking officials in the Vatican, and (arch)dioceses around the world, who mean business now, and they’re playing for keeps. The old days of burning people at the stake are behind us. So these prelates and clergy now have to find new and inventive ways of torching their enemies. Both the Leftist Catholic and Secular media (that two-headed beast) seem to be all-too-eager to help.

So what does this mean for us? It means it’s time to unite the clans and circle the wagons. In other words, it means it’s time to start protecting our own kind, even if we disagree with each other on some things. Obviously, ChurchMilitant.Com has had some issues with The Remnant Newspaper, and vice versa. Sorry boys, that little feud has to end — right now! You can keep your differences of opinion about various things, but you have to stop attacking each other. You also have to start defending each other, even though you disagree, because you’re on the same team, whether you like it or not, and Team Francis doesn’t care about your differences. You will both get pummeled by Team Francis all the same — and you will both get pummeled without mercy. You know it’s true. So, suck it up, buttercups, and learn to cope with your differences. It’s time you understand: “We must, indeed, all hang together or, most assuredly, we shall all hang separately.”

These bishops are scared. (So were the apostles after the crucifixion of Jesus, remember?) These modern bishops have watched their brother bishops get assailed by the Secular Left, while the Catholic Left piles on against them too. Now they can no longer rely on the Vatican itself for assistance. When it seems like everyone, including your own boss, is against you, it’s very easy to take a “fly low beneath the radar” approach to things. Sadly, that’s what a lot of the conservative and traditional Catholic bishops have been doing for a while. When assessing a bishop, we MUST step back and look at the big picture by asking some very specific questions…

If he does these things, guess what? He’s one of our own kind. He MUST be supported. Now we know that nobody’s perfect, and we know that people make mistakes. Sometimes we might not agree with administrative or disciplinary decisions a bishop makes. But if a bishop represents an affirmative to the above four questions, that means HE IS ONE OF US AND HE MUST BE SUPPORTED, DEFENDED, AND ENCOURAGED !!!! (Yes, I am yelling here, but only for emphasis. I’m not angry.) I know of at least two bishops who are affirmative in the above four questions but have sadly been severely criticized by independent Catholic media over this last year. There may be more, but I am only personally familiar with these two cases. In the case of both, I am aware of some details that these media outlets have not reported, probably because they don’t know, and due to confidentiality, I cannot and will not share those details at this time. (So don’t ask.) What I can say is that the criticism these bishops received was way out-of-proportion for what really happened. I can also say that in one particular case, I believe many of these media outlets were “played” for that very purpose, in what I personally think to be a case of retribution of one cleric against another. Reporting the news is necessary, and it is what news outfits do, BUT if reporting that news means one has to take down a good bishop who is a “yes” to the above four questions, it’s time to pull out the kid gloves and hit him softly. Don’t go for the jugular! Save that for the bad bishops who are ranked as a “no” to one, or more, of the above questions.

Finally, I’m speaking to my fellow traditional and conservative Catholics out there. Whatever you define yourself as, we are all on the same team now. Whether you’re part of the Traditional Latin Mass (TLM), the Divine Worship Mass (DVM), or the Reverent Novus Ordo Mass (RNOM), we’re all working together toward the same goal, which is the restoration and renewal of Holy Mother Church. We don’t have to agree on everything. IT’S OKAY TO DISAGREE ON SOME THINGS (emphasis caps, not angry). Lord knows the Left doesn’t agree on everything, but somehow, for the last 50 years, they’ve managed to hold a united front, and they protect their own no matter what, even when they disagree with each other. We conservative and traditional Catholics need to take a lesson from them on that. This is why they’ve been able to steamroll us for five decades! They protect their own, even if they hate each other. We don’t. We throw our own under the bus all the time. We cannibalize each other. With friends like that, who needs enemies? Please, put down the pettiness and unite the clans. Circle the wagons. Prepare for ecclesiastical Armageddon, because it’s coming, very soon. We have to start protecting our own, and watching each other’s six, even if we don’t particularly like each other, because like it or not, we’re all on the same team now. “We must, indeed, all hang together or, most assuredly, we shall all hang separately.”

10 thoughts on “The Game Has Changed — And So Must We” 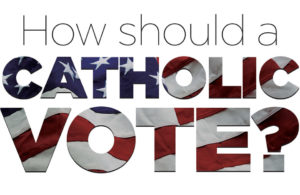 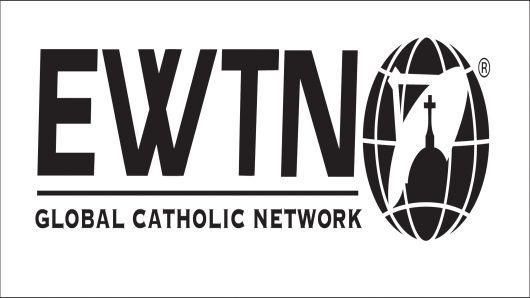 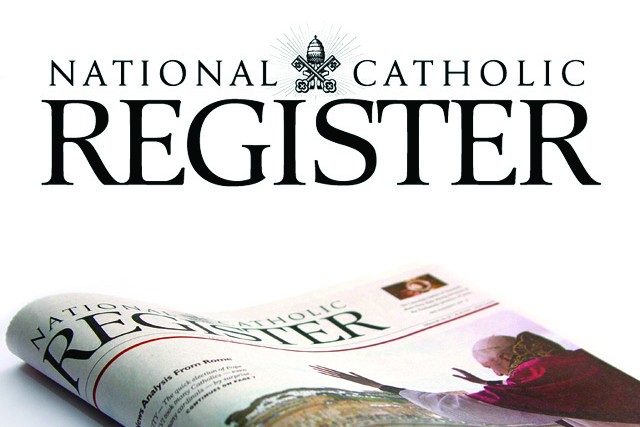 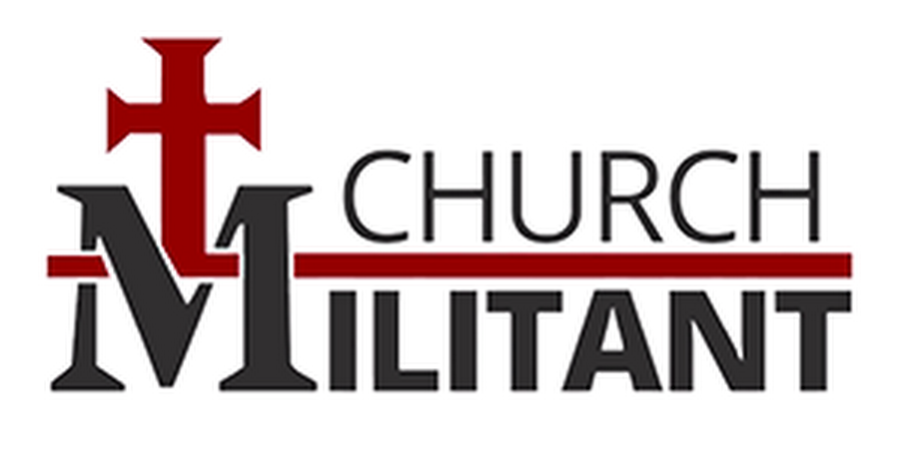