This essay first appeared on Forward in Christ Magazine.

I’m writing this essay in the heat of the Covington Controversy that began in Washington DC, at the Lincoln Memorial, shortly after the March for Life Rally on Friday, January 18, 2019. I have seen the whole hour and a half video of the entire event. I know exactly what happened.

A large group of Kentucky Catholic high school boys were told to assemble on the steps of the Lincoln Memorial and wait for their bus. They did so obediently. Also assembled at the base of the steps, was a group of “Black Hebrew Israelites” which Wikipedia defines as “groups of Black Americans who believe that they are descendants of the ancient Israelites” (source). This group was initially using a loudspeaker to heckle another group of people below the Memorial steps. The heckled group was a gathering of Native Americans who had assembled to celebrate their heritage. Let me be crystal clear about this. The Native American group was verbally harassed, but the people who harassed them were the Black Hebrew Israelites.

The Black Hebrews began heckling the Catholic high school boys with sexual epitaphs and encouraging (or threatening?) school shootings. The boys appeared shocked and disturbed by this. So somebody from their group, maybe a chaperone, started organizing a spirited school chant, namely for the purpose of drowning out the bizarre heckling of the Black Hebrews.

Shortly after this, the Native American group marched up the memorial steps, walking right by the Black Hebrews, and into the crowd of Catholic high school boys. At first, the boys appeared entertained by the group, dancing to the beat of the drum. Then the Native American activist, Nathan Phillips, started banging his drum in the faces of the boys. All the boys stepped back, as if to retreat, but this one boy, Nick Sandmann, refused to back down. Instead, he stood his ground, quietly, showing no signs of aggression or disrespect, and politely smiled (at times) while Activist Nathan Phillips banged his drum in his face. The incident was captured on short video clips, and then twisted on social media to make it appear that the Covington High School boys, led by Nick Sandmann wearing a red MAGA hat, marched up to the Native American group and mockingly taunted them with chants of “build the wall” even though the exact opposite was true and that particular phrase was not recorded on any of the videos.

So why was the first narrative (the false narrative) accepted — without question, and why does it continue to be perpetuated in spite of video evidence to the contrary? I’m not going to be diplomatic here. I’m just going to tell it like it is.

It’s because these boys are White, Christian and a good number of them are Conservative. Some of them even bought red MAGA hats while visiting Washington DC. That was more than enough. No further explanation was needed. Because of these things, the political Left was more than willing (and eager) to believe the worst about them — without question! Willingness to believe the worst about somebody, simply because of their race, religion or political/social worldview, is the very definition of prejudice. The fact that most of these boys were of European descent was more than enough to condemn them. Adding Christian and Conservative to their race just gave fuel to the fire. This isn’t about Native Americans. It never was. This isn’t about Black Hebrews. It never was. This is about being White, Christian and Conservative boys — the trifecta of persona non grata in today’s Leftist-dominated media and culture. Yes, this is about racism and bigotry, but it’s about racism against Europeans, and bigotry against Christians and Conservatives. This racism and bigotry has just been laid bare before all of America and the whole world to see.

The prejudice exists primarily among the political Left, wherein being of European ancestry (White) is the unpardonable sin. White people simply are not accepted among Left-wingers unless they show shame for their race, and are apologetic for the sins of ages past. Even then, acceptance is a relative word. Perhaps “tolerance” would be better, so long as these Europeans don’t get too uppity and show a modicum of pride in their ethnic heritage. That must be put down quickly. It’s done by shaming them with phrases such as “White privilege” and “European imperialism.” Don’t even get me started on the plethora of fake history being used to shame Europeans. The prejudice continues with mockery of Christianity, and an insistence that Christians must sacrifice their beliefs and traditions on the altar of modernity and moral relativism. Even many of our Church leaders have bought into this nonsense and betrayal of orthodoxy. Christians are particularly shamed for their beliefs about abortion and same-sex “marriage.” Of course, Muslims are never shamed for these things, because they are Muslims. Only Christians are the targets of such shame tactics. Why? It’s bigotry! Finally, Conservatives are shamed for latent racism in literally everything they think, say or do. The epitome is to shame them for support of President Donald Trump, and the red MAGA hat has become a focal point of Leftist hysteria.

I think the lesson of the Covington Controversy is this. Left-wing Liberals can no longer be reasoned with. They are forever inconsolable. Nothing will ever satisfy them. No amount of contrition or apology will ever suffice. A smiling, European, white face is alone enough to enrage them, couple that with refusal to back down to racial intimidation, and it’s the unpardonable sin. Then add Christianity and political or social Conservatism into the mix, and there can be no conversation at all. It’s over. All communication with the Left has broken down. There is only hatred in the hearts of the Left, filled with rage toward European (White) Conservative Christians that cannot be cooled, and will never be consoled. For decades, Leftists have given themselves permission to invent fake history about Europeans. Now Leftists have given themselves permission to invent fake news about European (White) Conservative Christians, even to the point of slandering and libeling minors. The Covington Controversy has proved that even our children are no longer safe from the raving lunacy of the political Left. Their lives can be threatened, their safety compromised, and their schools shut down for fear of violence. All of this is now acceptable to the political Left, as they desperately search the history of these boys and that school to look for more justification of their hatred. There can be only one effective response to this kind of madness. No quarter!

All forms of appeasement and diplomacy with the political Left must cease. The debates are over.

We European Christian Conservatives must no longer be ashamed of what and who we are. The political Left has crossed the line from politics into terrorism. They are threatening our children now. They are threatening our future and our very existence. We know that a growing number of them simply want us dead. So it’s time to stop negotiating with them, or bargaining with them, and we must stop trying to appease them. It’s over. Threats to our children is where I draw the line, and you should too.

I am so done with the mainstream media and the political Left (alas, I repeat myself), for they are one in the same. So, henceforth, I will no longer explain myself. I don’t need to.

I am a European-American and I’m proud of that. I don’t need to explain myself or apologize for it. My people have just as much a right to self determination as any other people. Personally, I love people of all races and ethnicities, and I value their cultures. However, I will no longer apologize for the supposed “crimes” of my ancestors. Sure, some of my people did some nasty things, but it’s not my fault, and I am definitely NOT going to apologize for something I didn’t do. Nor am I ashamed of my people for the supposed “crimes” of a few, which in many cases aren’t nearly the “crimes” the Left makes them out to be.

I am also a Catholic Christian. I don’t need to explain myself or apologize for it. My brothers and sisters in faith have just as much a right to practice our religion as any other religious group. Muslims are given a free pass on same-sex “marriage” and abortion. But Leftists won’t let Christians even have breathing room on the subject. That’s anti-Christian bigotry, plain and simple. No explanation is needed anymore. Christians must be allowed to be Christians, and if a Leftist doesn’t like that, it’s bigotry! End of discussion. Moving on…

I am also traditional and conservative in my political, social and religious beliefs. I don’t need to explain that or apologize for it. I don’t care if Leftists are “offended” by it. So let them be offended. So what! I owe them nothing. I am what I am, and they have to learn to tolerate it, or else they’re the bigots and the haters. Lord knows that many of them are both. Lord knows that too many of them are now advocating violence against our children. Henceforth, whenever a Leftist complains, I’ll reply with just one word — Covington!

The age of diplomacy, reason and compromise with the Left is over. It died on the steps of the Lincoln Memorial on Friday, January 18, 2019. We may not see it return for a very, very, very long time. It’s now time to buckle up, man up, and stand up for who we are, and what we believe, without apology or explanation. We owe the Left nothing!

If you liked the video above, click here to learn more. 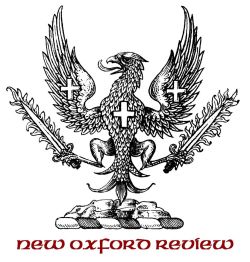