In 1969, Fr. Joseph Ratzinger, who would later become Pope Benedict XVI (2005-2013), gave an interview on a German radio broadcast. At the time, what he said seemed absurd. Today, it is known as “The Ratzinger Prophecy.”

“The future of the Church can and will issue from those whose roots are deep and who live from the pure fullness of their faith. It will not issue from those who accommodate themselves merely to the passing moment or from those who merely criticize others and assume that they themselves are infallible measuring rods; nor will it issue from those who take the easier road, who sidestep the passion of faith, declaring false and obsolete, tyrannous and legalistic, all that makes demands upon men, that hurts them and compels them to sacrifice themselves. To put this more positively: The future of the Church, once again as always, will be reshaped by saints, by men, that is, whose minds probe deeper than the slogans of the day, who see more than others see, because their lives embrace a wider reality. Unselfishness, which makes men free, is attained only through the patience of small daily acts of self-denial. By this daily passion, which alone reveals to a man in how many ways he is enslaved by his own ego, by this daily passion and by it alone, a man’s eyes are slowly opened. He sees only to the extent that he has lived and suffered. If today we are scarcely able any longer to become aware of God, that is because we find it so easy to evade ourselves, to flee from the depths of our being by means of the narcotic of some pleasure or other. Thus our own interior depths remain closed to us. If it is true that a man can see only with his heart, then how blind we are!

“How does all this affect the problem we are examining? It means that the big talk of those who prophesy a Church without God and without faith is all empty chatter. We have no need of a Church that celebrates the cult of action in political prayers. It is utterly superfluous. Therefore, it will destroy itself. What will remain is the Church of Jesus Christ, the Church that believes in the God who has become man and promises us life beyond death. The kind of priest who is no more than a social worker can be replaced by the psychotherapist and other specialists; but the priest who is no specialist, who does not stand on the [sidelines], watching the game, giving official advice, but in the name of God places himself at the disposal of man, who is beside them in their sorrows, in their joys, in their hope and in their fear, such a priest will certainly be needed in the future.

“Let us go a step farther. From the crisis of today the Church of tomorrow will emerge — a Church that has lost much. She will become small and will have to start afresh more or less from the beginning. She will no longer be able to inhabit many of the edifices she built in prosperity. As the number of her adherents diminishes, so it will lose many of her social privileges. In contrast to an earlier age, it will be seen much more as a voluntary society, entered only by free decision. As a small society, it will make much bigger demands on the initiative of her individual members. Undoubtedly it will discover new forms of ministry and will ordain to the priesthood approved Christians who pursue some profession. In many smaller congregations or in self-contained social groups, pastoral care will normally be provided in this fashion. Along-side this, the full-time ministry of the priesthood will be indispensable as formerly. But in all of the changes at which one might guess, the Church will find her essence afresh and with full conviction in that which was always at her centre: faith in the triune God, in Jesus Christ, the Son of God made man, in the presence of the Spirit until the end of the world. In faith and prayer she will again recognise the sacraments as the worship of God and not as a subject for liturgical scholarship.

“The Church will be a more spiritual Church, not presuming upon a political mandate, flirting as little with the Left as with the Right. It will be hard going for the Church, for the process of crystallisation and clarification will cost her much valuable energy. It will make her poor and cause her to become the Church of the meek. The process will be all the more arduous, for sectarian narrow-mindedness as well as pompous self-will will have to be shed. One may predict that all of this will take time. The process will be long and wearisome as was the road from the false progressivism on the eve of the French Revolution — when a bishop might be thought smart if he made fun of dogmas and even insinuated that the existence of God was by no means certain — to the renewal of the nineteenth century. But when the trial of this sifting is past, a great power will flow from a more spiritualised and simplified Church. Men in a totally planned world will find themselves unspeakably lonely. If they have completely lost sight of God, they will feel the whole horror of their poverty. Then they will discover the little flock of believers as something wholly new. They will discover it as a hope that is meant for them, an answer for which they have always been searching in secret.

“And so it seems certain to me that the Church is facing very hard times. The real crisis has scarcely begun. We will have to count on terrific upheavals. But I am equally certain about what will remain at the end: not the Church of the political cult, which is dead already, but the Church of faith. It may well no longer be the dominant social power to the extent that she was until recently; but it will enjoy a fresh blossoming and be seen as man’s home, where he will find life and hope beyond death.

It is undeniable now that this is the direction the Catholic Church is headed. However, in 1969 it was unthinkable to the common man. The Catholic Church had never been stronger back then, with high mass attendance, plenty of vocations, thriving religious orders, beautiful chapels and cathedrals, traditional liturgy par excellence, with thriving hospitals and charities around the world. Oh what a difference a generation makes! Today, the hospital chains are run by corporations and sometimes ignore the Catholic bishops. Many of the charities have been shut down, and some have been taken over by Leftist social justice warriors who oppose Catholic teaching. Parishes are merging and chapels are being sold off. Mass attendance is down to record lows, and the lack of priestly vocations has reached crisis mode. Religious orders are nearly non-existent. The Catholic Church, in many countries, has been embroiled in sexual-abuse scandals involving primarily homosexual predation on teenage boys. Billions of dollars have been paid out in lawsuits over this, with probably billions more to come. Priests and bishops spend more time talking about social justice than they do the gospel, and even the pope appears to have succumbed to the signs of the times. The Catholic Church is in free-fall, not only in America but in other places as well. In the United States, statistics indicate that the money will almost completely dry up between 2027 and 2037. At that time, if statistics and demographics continue to trend in the same direction (and we have no reason to believe they wont), the number of parish merging and chapel closures will be staggering. The Catholic Church will literally shrink to a mere fraction of what it is now.

We all know what happened. The liturgy was banalised. Orthodox teaching was thrown out the window in favour of a social justice political gospel. Priests and bishops refused to teach the more difficult lessons of the faith touching on personal virtue. Moral relativism was embraced. Homosexual men flooded the priesthood. Liturgical abuses began. Children were no longer taught the Catholic faith in Catholic schools. The list goes on and on. Sadly, it’s nowhere near over. We have at least another ten years of decline ahead of us before the total and complete collapse.

All of this is compounded by the increasing secularisation of formerly Christian nations. These include both Catholic and Protestant nations alike; Canada, The United States, the United Kingdom, Ireland, Portugal, France, Germany, Austria, etc. We can no longer pretend that these are Christian nations. They are not. The shell of Christendom remains, but it’s hallow inside. Today, the Christians that live therein struggle just to maintain the freedoms they once had.

There is a silver lining to this dark cloud. The Ratzinger Prophecy outlined it above. The Catholic Church that emerges from this time will be smaller, but much more holy and vibrant. It will be more like the Church the apostles founded, but this can’t happen until the decline and implosion is complete.

Catholics need to start thinking about the long-term game plan here. Our goal isn’t to restore the Catholicism that once was in the first half of the twentieth century. That won’t work and it’s never going to happen. That era is gone and it’s not coming back. Tradition can be restored, reverence can be restored, orthodoxy can be restored, but the worldly success and influence of the past cannot be restored. What we want to do now is start preparing for the future. The Ratzinger Prophecy is coming true, and there is a way to jump on board in advance. You can become a part of the future Church that Ratzinger foretold by doing a few simple actions right now. It’s not hard. It only takes commitment. The actions are as follows…

Yes, it really is this simple. These are the first steps to the new Church Fr. Ratzinger (Pope Benedict XVI) foretold. You can be part of this quiet restoration. Just follow the steps above.

The Secular West has chosen its path and there is no stopping it. It will continue to descend into tyranny and then finally collapse. The increase of abortion and contraception will insure its inevitable demise. Multicultural trends will only accelerate it. The Secularists will persecute us, but we aren’t the ones they should be worried about. Islam will crush Secularism and it won’t take long. Because of multicultural trends, Secularists and Church Liberals are weak. The Muslims don’t even need a majority to bring them down. Just look at what’s already happening in various places throughout Europe where police won’t even venture into Sharia-controlled areas. Islam will bring down the Secular governments of the West while Liberal churches collapse on their own. When that happens, Western people will have to choose between converting to Islam or returning to Catholicism — the only religion that has ever beat Islam in the past. That day will come, in the distant future, but that is not for our time.

Our time is a time of gradual decline for the mainstream Church and what’s left of Western civilisation. This will be the legacy of our generation. Simultaneously however, our time is a time of rebuilding in its infancy stage. Come be a part of that rebuilding. By following the actions outlined above, you to can participate in the one positive thing history will eventually record of our generation.

One thought on “The Long-Term Game Plan” 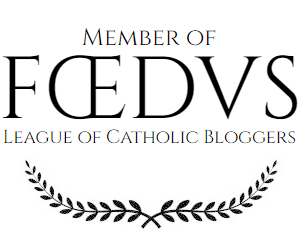